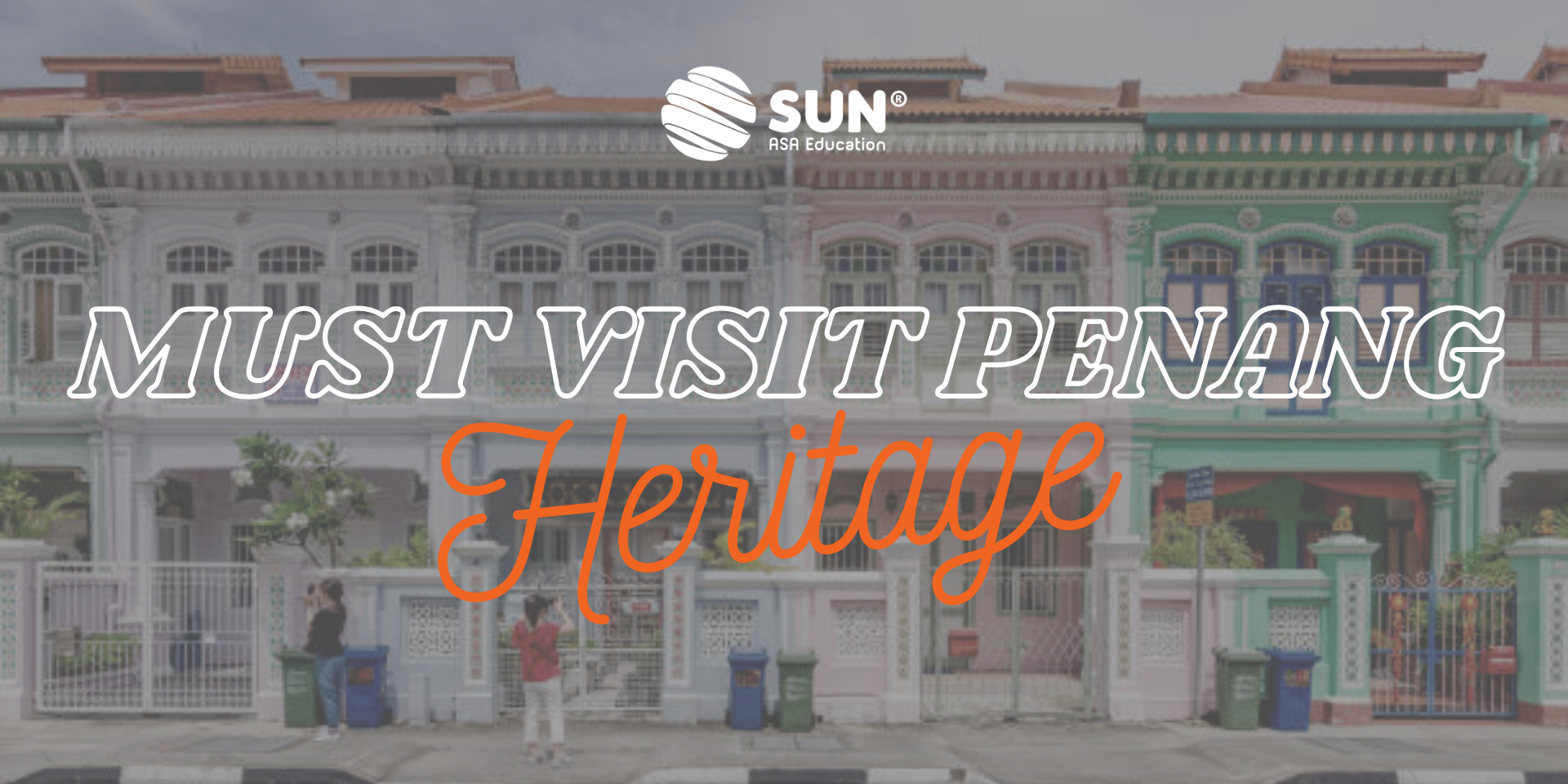 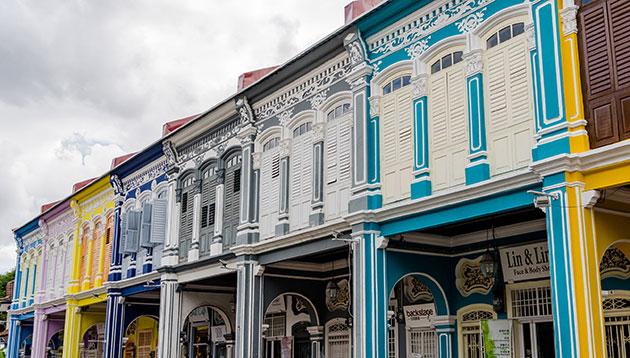 First of all, one of the most iconic Penang heritage buildings, Suffolk House, which was originally owned by Captain Francis Light. Just in case you don’t know, Francis Light is an English explorer who founded George Town as a British colony in 1786. Today, guests may join their guided tour to explore the 200 year old building. Penang’s Suffolk House is a stunning example of an Anglo-Indian garden house restaurant. Furthermore, it is Malaysia’s only surviving Georgian Mansion that was originally built in the early 1800s.

Therefore, If you are in Penang, you can enjoy the unique atmosphere and admire their rooms lovingly refurnished with original Anglo-Indian antiques. Then, you can also consider treating yourself to have a taste of life in the mansion by enjoying your meals there. They cater for lunch and dinner, as well as their famous afternoon tea at the Suffolk House restaurant.

The streets of George Town are filled with rich historical buildings. The shophouses date back to the 18th and 19th. Moreover, the trick to know when they were built is to look at the facade. The simpler it is the older the building is. Some shophouses actually have residents living there, and some are turned into restaurants. Hence, there are some that are renovated and turned into hotels.

If you would like to explore the full heritage experience in Penang you can look for heritage boutique hotels as your accommodation. Walk around Georgetown and take pictures with the Penang heritage buildings that are older than your grandparents. Starting in the 1850s, the Southern Chinese Eclectic style introduced new elements such as butterfly air vents, carved timber doors and taller walls to shophouses. In Penang all those buildings are protected and well maintained. Therefore if you appreciate the heritage buildings make sure you visit Penang.

Eastern & Oriental Hotel is known as one of the oldest hotels in Penang. It first opened its door in 1885. To most people it is known as the E&O hotel. Since then, it was very popular among the Malayan elite. It is famous for its Victorian architecture and panoramic ocean vistas. Furthermore, the E&O hotel was a brainchild of the Sarkies Brothers, who dominated Southeast Asia’s hospitality scene for decades.

On the other hand, the legendary Armenian hoteliers also established many other notable hotels in the region, including Singapore’s Raffles Hotel and The Strand in Yangon, Myanmar. For that reason, the price is on the higher side. However, it is still very popular among tourists who are willing to pamper themselves with a 5 star hotel by the sea with a rich English interior. Hence, they are also quite famous for their high tea at their Planters Lounge. Which, you can enjoy the sea view either inside or at the open air tables outside the balcony.

Cheong Fatt Tze Mansion is one of Penang heritage buildings that is one of the finest examples of a Straits Eclectic style mansion.It was completed in 1904. The Mansion is actually in a striking indigo blue colour and has a colourful “Jian Nian” on the roof gables. “Jian Nian” is originally a substitute for Koji pottery.

In addition you can also enjoy a prestigious dining experience in their restaurant called Indigo by Blue Mansion. I am sure there aren’t any questions on the name of the restaurants. Since it is a restaurant inside a big indigo blue coloured mansion.The food is extremely delicious and you can experience dining in the Mansion. If you are not up for a full course meal, you may also head to their cafe Mangga at the Blue Mansion for some coffees and light meals. 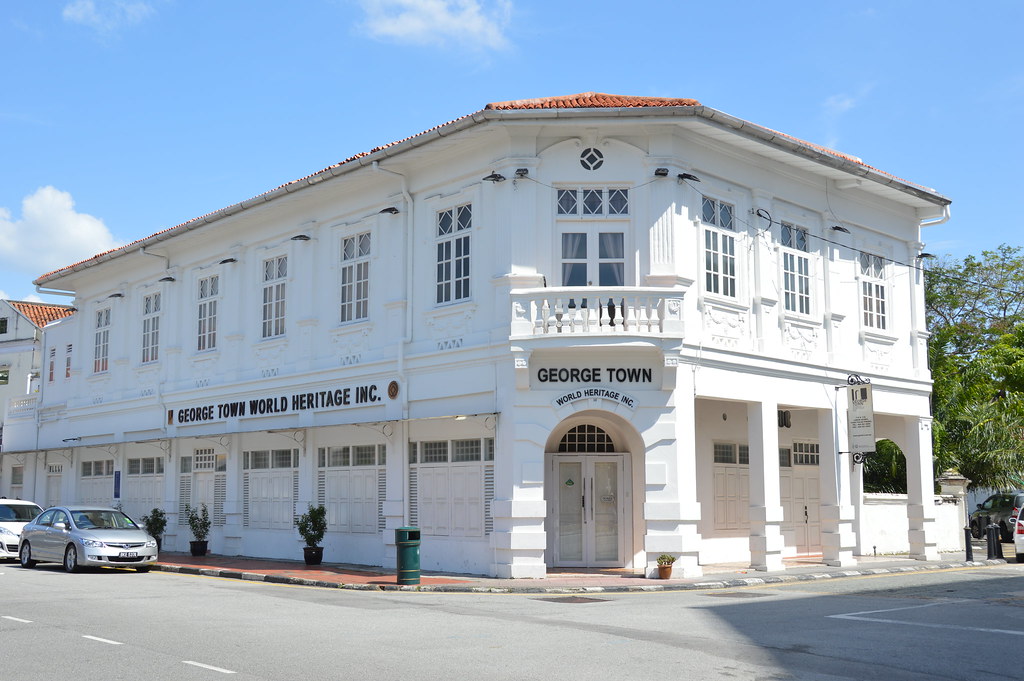 In conclusion, there are definitely more heritage buildings in Penang that are worth your visit. Here comes a fun fact. How can Penang remain a heritage town? It is because the George Town UNESCO World Heritage incorporated strives to safeguard and protect the tangible and intangible cultural heritage of Georgetown. Major renovation on the heritage building is strictly not allowed. There are lots of rules and regulations for renovating a heritage building. This is what makes Penang such an extraordinary place. If you plan to further your studies in Penang or even study abroad do CALL SUN ASA NOW or WHATSAPP US.

Renting outside of university accommodations in Australia: Study Abroad in Australia
September 1, 2022

Travelling around Essex while studying abroad: University of Essex.
August 23, 2022

What are the course subjects in Public Administration?
August 19, 2022

The Benefits of Studying A-Levels in Cambridge as an international student: Abbey College Cambridge.
August 16, 2022